We got through the first day! This really is something to celebrate. We went to lots of appointments and still had time to let Cohen swim this evening.

The appointments were good and very on time and organized. Alot of consults and pre-registering for tests tomorrow and Wednesday. He will have a Chest CT and Spinal MRI at 7 am. Then we meet with the Aerodigestive group in the afternoon.

We saw Genetics, Orthopaedics, Anesthesia, Speech Pathology and had a swallow study today. Poor Coco was worn out. So are LuLu and I. We have to be back at 6, so we are going to bed early.

It was a good news/not so good news day as always. His swallow study was much improved so I am THRILLED about that. Genetics results will take a while, but were promising. The ortho doctor gave us a completely different view than our other doctor. Still sorting that one out a little. We will get most results before we leave Friday.

I will try to update as much as I can this week. We will spend Wednesday and Thursday nights in the hospital so I am not looking forward to that. Thanks to everyone for the prayers and words of support. Love to you all!
Posted by Christin at 6:40 PM 1 comment:

My Beautiful daughter and I

"The most precious gift From Heaven above Is the gift of a daughter For a mother to love." 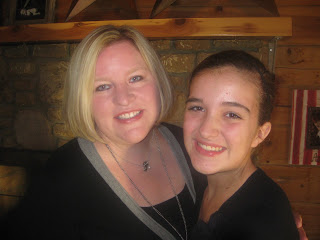 Has it already been a month since Christmas?????? Time just keeps flying by! We celebrated Cohen's 2nd birthday on his actual day, December 23rd.

Our theme this year was "Cocoa for CoCo", my mom has always called him "baby CoCo" and it has stuck. Now we have dropped the "baby" but kept the CoCo. My daughter Calee had the idea to have a hot chocolate bar and cocoa theme. It turned out cute. Thanks to all our family and friends that were in attendance. After everyone left I just sat in awe of all the loving and wonderful people in our lives. We are so lucky.

Here are a few pics from that morning! Thanks to my friend Lacey for taking all the pics so I didnt have to!!! 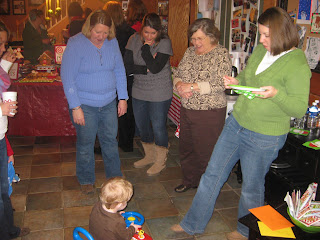 What's going on with us!

Hi All! I have been hoping to find time to catch up and give you all our new information on Cohen, and the rest of us! We ended up cancelling Cohen's swallow study in early January. He was just so sick and would not have done well.
SO, basically our goal has been to keep him "well" and healthy until out Jan.30 trip to Cincinnati Children's Hospital. We have just less than a week until we leave. We will spend 6 days there. As of today, Cohen is pretty well, still battling a cough and runny nose, but nothing too bad. Calee and Ames, on the other hand, are so sick. My poor older babies rarely even get a cold, and they have both been knocked down all week with flu like virus. Calee's lungs showed a small pneumonia, and Ames has double ear infections, just to top it off! They are so pitiful! Hopefully we are on the uphill swing now.

We are keeping Cohen on "house arrest" until we leave. Just to try and get him in the best shape possible. I am so excited and also a nervous wreck about all the testing and him being put under anesthesia. But I know we will get through this and hopefully get more information on how to help Cohen's day to day life. That is our goal!

Usually, Calee and Ames are running circles around Cohen, and he is wanting to be held of just sit and watch, when he's not feeling well. This week, Calee and Ames have held down the couch, and Cohen has just terrorized them! he carries them toys and books and demands "read Calee" or "play Bubba" to Ames. Its been so funny.

I will do a detailed update when we return and hopefully a few posts in between. I will "tweet" while were there, so if your interested and want to follow me on twitter my name is davisbryant

Love and blessing upon you all!
Christin